Montréal - TheNewswire - June 28, 2021– St-Georges Eco-Mining Corp. (CNSX:SX.CN) (OTC:SXOOF) (FSE:85G1) is pleased to announce that it has executed a final option agreement that allows the Company to secure the land and building for its proposed battery recycling plant in the deep seaport of Baie-Comeau on the Québec North Shore.

The Company had previously disclosed that it had signed a binding term sheet regarding this matter by way of a press release titled ‘St-Georges Secures Future EV Batteries Recycling Plant & Engineering Expertise’ disseminated on April 19, 2021.

Early design and engineering reviews of the industrial plant being secured have not identified the need for a major overhaul.  The Company will have 45 days following the reception of its final feasibility study report to decide to enter into a lease agreement for the building. The Company will be charged a pro-rotated rate for the lease established by the parties. The option to acquire the land and building has already been priced. This agreement allows the Company to save a significant amount of time that the permitting and construction of a new plant would have taken and should have a considerable impact on the final Capex costs of the project.

St-Georges will issue to Roberge Industries Inc. a total of 500,000 common share warrants with an execution price of $0.75 for two years. A clause allows the Company to accelerate the expiration of these warrants if the share price of St-Georges exceeds $1.13 at any time after the 4-month regulatory hold period. 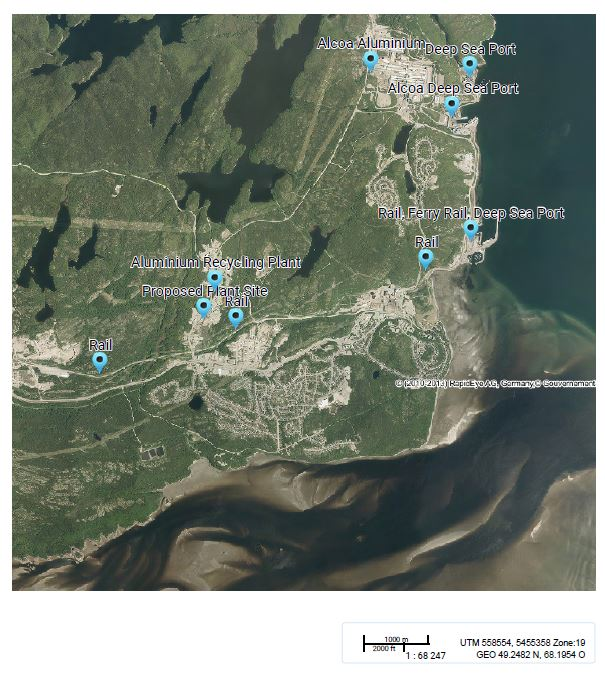 St-Georges is developing new technologies to solve some of the most common environmental problems in the mining industry. The Company controls all the active mineral tenures in Iceland. It also explores for nickel & PGEs on the Julie Nickel Project and the Manicougan Palladium Project on the Québec’s North Shore. Headquartered in Montreal, St-Georges’ stock is listed on the CSE under the symbol SX, on the US OTC under the Symbol SXOOF and the Frankfurt Stock Exchange under the symbol 85G1.