Vancouver, British Columbia – TheNewswire - September 27, 2022 – Manning Ventures Inc. (the “Company” or “Manning”) (CSE:MANN); (OTC:MANVF); (FRA:1H5) is pleased to announce that it has entered into a Property Acquisition Agreement (the “Acquisition Agreement”) with independent prospectors (the “Vendors”) dated September 12, 2022, pursuant to which the Company has agreed to acquire a 100% interest in the Dipole Lithium Project (the “Property”).

During the first half of 2022, Dahrouge Geological Consulting (“DGC”) completed a regional metallogenic study of southern Newfoundland and recommended the acquisition of The Property due to its prospective nature for hosting Lithium-Cesium-Tantalum type pegmatite- and/or tungsten mineralization.

The starting point for the study was the recent discovery of Kraken Lithium zone of Sokoman Minerals Corp (TSXV: SIC) and Benton Resources (TSXV: BEX), where the companies have uncovered a large area of lithium mineralization across an apparent strike length of over two kilometers with surface sampling up to 1.93% Li2O and reconnaissance drilling of up to 8.4 meters over 0.95% Li20.   The Property is located approximately 50 kilometers along strike of the Kraken discovery and within the Hermitage Flexure.  The Hermitage Flexure is a regional-scale structural corridor containing volcano-sedimentary rock units, which are a favorable host-rocks for spodumene-bearing LCT pegmatites.  The Property is host to several positive indicators for lithium mineralization.

Historical work report from 1979 by Falconbridge Mines, while searching for base and precious metals, described the following:


In addition, a historical mapping campaign of O’Brien and Tomlin (1984), also describe lepidolite, a lithium-bearing mica, associated with the tourmaline-garnet bearing aplite dikes.  Lepidolite is a commonly associated mineral at or near spodumene-bearing LCT-style pegmatite(s).


The Property has not yet seen any lithium-specific exploration.  The Company plans to aggressively follow up on this opportunity in order to assess the lithium and/or tungsten potential.

“We’re pleased to add Dipole to our portfolio of prospective lithium projects,” said CEO, Alex Klenman.  “Much like out Bounty project, this is an underexplored project that suggests upside potential for lithium.  We’re eager to get on the ground and are currently formulating an exploration plan for the near term.  We’ll announce plans shortly,” continued Mr. Klenman.

Pursuant to the terms and conditions of the Option Agreement and in order to acquire a 100% interest in and to the Property, the Company will:

(ii)        upon the commencement of commercial production, pay the Vendors a royalty equal to 2% of net smelter returns from the Property (the “NSR Royalty”), which may be reduced at any time from 2% to 1% by the Company paying the Vendors an aggregate of $1,000,000. Following the Company’s exercise of the Option and prior to the commencement of commercial production, the Company will pay the Vendors advance NSR Royalty payments equal to an aggregate of $5,000 per annum up to a maximum of $100,000.

All securities issued in connection with the Option Agreement will be subject to a statutory hold period of four months plus a day from the date of issuance in accordance with applicable securities laws.

None of the securities issued in connection with the Option Agreement will be registered under the United States Securities Act of 1933, as amended (the “1933 Act”), and none of them may be offered or sold in the United States absent registration or an applicable exemption from the registration requirements of the 1933 Act.  This news release shall not constitute an offer to sell or a solicitation of an offer to buy nor shall there be any sale of the securities in any state where such offer, solicitation, or sale would be unlawful. 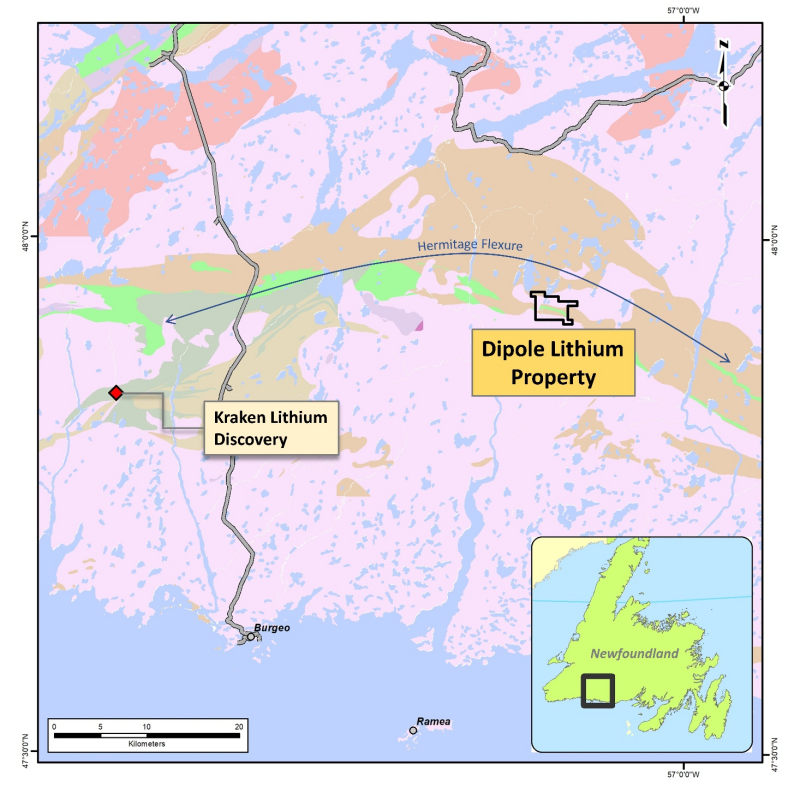 Neil McCallum, B.Sc., P.Geo., of Dahrouge Geological Consulting Ltd., supervised the preparation of the technical information in this news release.

Manning is a broad-based mineral exploration and development company with a focus in Canada. Manning holds a 100% interest in six mineral properties located in the Province of Quebec, namely the Lac Simone Project and the Hope Lake Iron Ore Projects, a portfolio of projects in Newfoundland, and the Bounty Lithium Project, located in Quebec.

Completion of the acquisition is subject to a number of conditions, including receipt of appropriate regulatory approvals. The acquisition cannot close until all such conditions are satisfied. There can be no assurance that the Acquisition will be completed as proposed or at all.