The Company has been examining fluorspar prospects throughout the United States to expand its long-term operation and production potential within the country. The Campbell-Croster Kentucky fluorspar project possessing both historic drilling and a historic mineral resource estimate has presented the company with its best opportunity within the US since it began its research.

A historic mineral resource estimate* performed by Boyce Moodie III in 1974 for Cerro Spar Corporation on the Campbell-Croster project following its drill program, reported indicated resources of 645,117 tons of fluorspar, grading at an average of 37.38% CaF2 and inferred resources of 160,724 tons averaging 35.97% CaF2 for a total of 805,841 tons. Within that estimate, there are 30,545 tons averaging 51.87% CaF2 described as possible ore in Block H.  Figure 1 shows a historic engineering drawing demonstrating the location of the contiguous fluorspar vein relative to surface, and the previously proposed mine shaft system designed for the fluorspar vein. 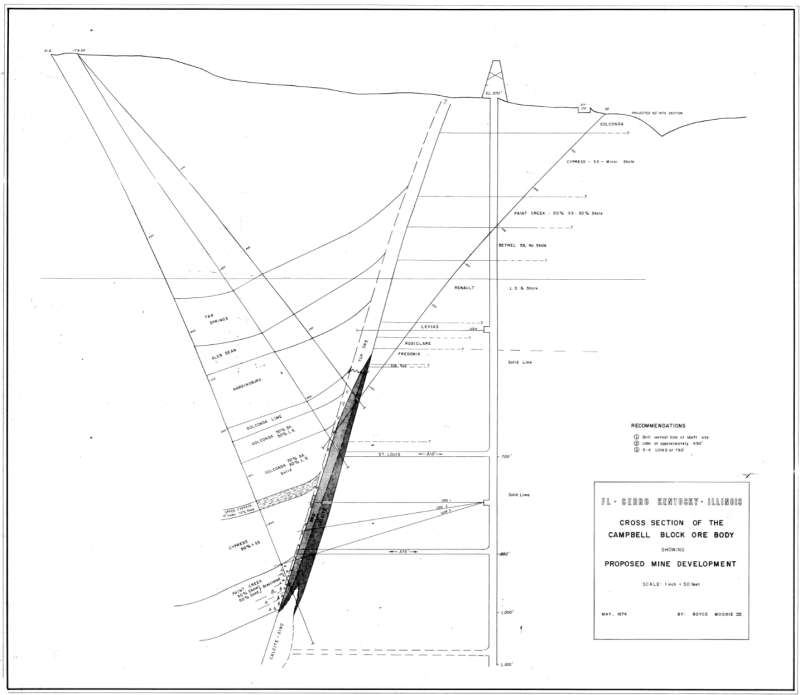 Figure 1 – Historic proposed development over one of the sections part of the historic fluorspar resource estimate. From Cerro Spar Corporation (1974).

Following the Company’s production launch in Utah, Ares intends to twin some of the historic holes and update the historic resource to bring to current status for NI 43-101 reporting guidelines. Additionally, modern geophysics will be employed to identify likely further fluorspar bearing structures for additional drill targets.

The Company has inherited a wealth of information on the Campbell-Croster project, including engineering strategies for excavation and mining, see Figure 2. The Company intends to build on all the historic work undertaken previously, to accelerate the development of its secondary US project.

As part of the Company’s acquisition, Ares has acquired the prospects and project for an initial payment of US$25,000, and an agreement to pay the previous owners a production royalty of $1 per ton of minerals mined from the Historic Resource, and upon exhaustion of the delineated historic resource estimate, a 5% NSR on further extracted minerals from the property.

James Walker, President and CEO of the Company commented, “The Campbell-Croster project was a great find and a major step towards increasing our long-term capacity and potential within the United States. We already own the only permitted fluorspar mine in the USA, which we are currently developing for greater production, and once operational we will begin exploration and development work on our new Kentucky project. With the historic information inherited we are confident of developing this project quickly and establishing a dual operation within the US. With this acquisition, Ares is mitigating against strained global supply chains to position itself as the most feasible and simple choice for US manufacturers requiring our industrial mineral. Fluorspar is a very in demand industrial mineral the world is struggling to adequately acquire, and we are making sure we can supply that need.”


For further information, please contact James Walker by phone at 604-345-1576 or by email at jwalker@aresmining.com

Companies typically rely on comprehensive feasibility reports on mineral reserve estimates to reduce the risks and uncertainties associated with a production decision. Historically, situations where the issuer decides to put a mineral project into production without first establishing mineral reserves supported by a technical report and completing a feasibility study have a higher risk of economic or technical failure, though some industrial mineral ventures are relatively simple operations with low levels of investment and risk, where the operating entity has determined that a formal prefeasibility or feasibility study in conformance with NI 43-101 and 43-101 CP is not required for a production decision. Based on historical engineering work, geological reports, historical production data and current engineering work completed or in the process by Ares, the Company intends to move forward with the development of its Utah asset.