“We are delighted to report on these high-grade results from the Diba NW prospect. Intersections of 4.76 g/t Au over 12m from 102m and 8.74 g/t Au over 7m from 119m (not true widths) are excellent. Diba NW is located 0.5km northwest of the Diba Deposit and is modelled as a coherent series of shallow-dipping, near-surface lenses of gold mineralisation along a discontinuous strike length of approximately 1.5km. These new high-grade intersections indicate the presence of potentially enriched zones, or sub vertical mineralised structures, at Diba NW which will be the subject of follow-up exploration.

"The current drilling programme comprises up to 10,000m of DD and RC and is designed to test the potential down-dip and along-strike extensions of the Diba Deposit and the Diba NW prospect. Drilling is also planned at the Lakanfla Central prospect at the Company’s 100% owned Lakanfla licence, located approximately 5km east of the Diba licence. Once completed, the drilling results will feed into an updated MRE for the Diba Deposit and a potential maiden MRE for the Diba NW and Lakanfla Central prospects. This work will be followed by an updated Preliminary Economic Assessment for the Project. We look forward to updating shareholders as further results are received.”

The drilling programme is being undertaken by Capital Drilling Limited and comprises up to 10,000m of DD and RC across the Diba Deposit, the Diba NW prospect and the Lakanfla Central prospect. To date, approximately 5,400m of RC and 1,360m of DD has been completed.

The DD programme is primarily testing the extent of the high-grade zone of mineralisation within the current Diba Deposit, as well as the down-dip extension of the mineralised lenses. In addition, the DD programme is producing orientated core to enable a better structural understanding of the Diba Deposit and samples for density measurements, to better understand any variations between the oxide, transitional and fresh rock domains.

The RC programme is primarily targeting on strike and down-dip extensions of the known lenses of mineralisation at both the Diba Deposit and Diba NW prospect. In addition, RC holes will test the potential of the Lakanfla Central prospect. 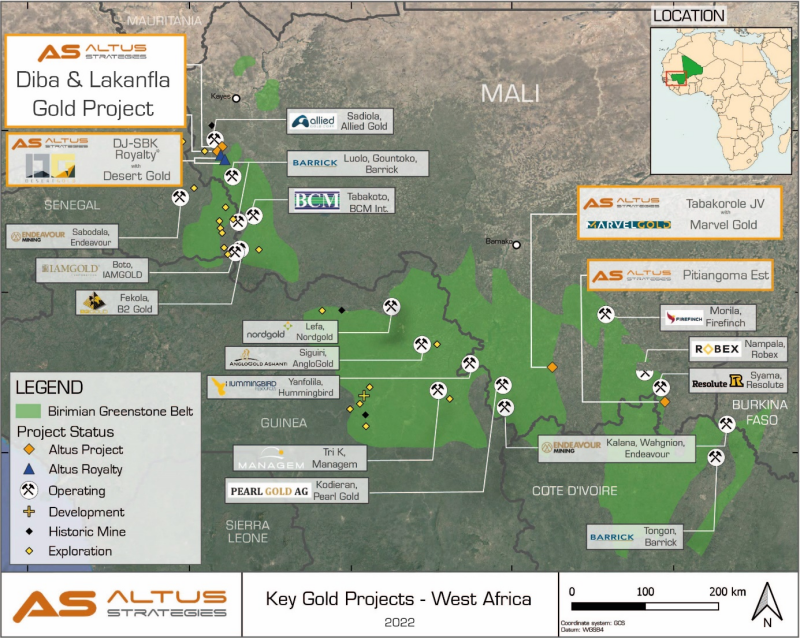 Figure 2: Location of the key prospects at the Diba & Lakanfla gold project 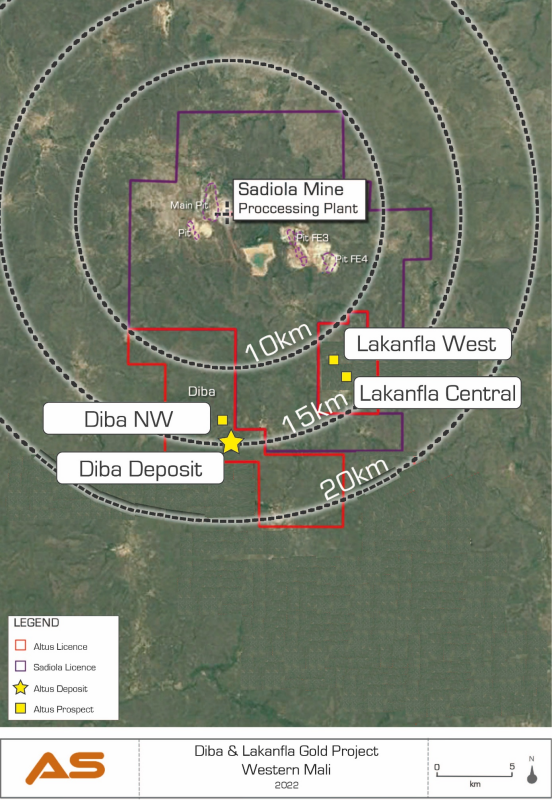 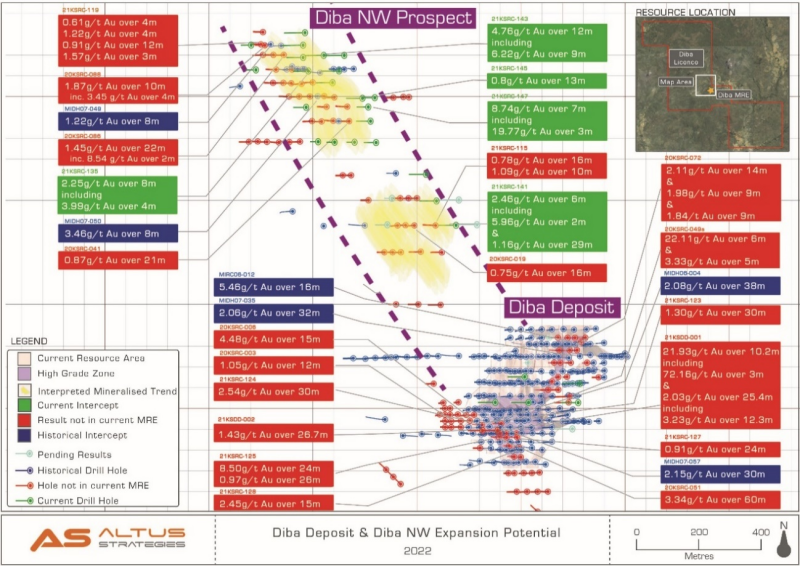 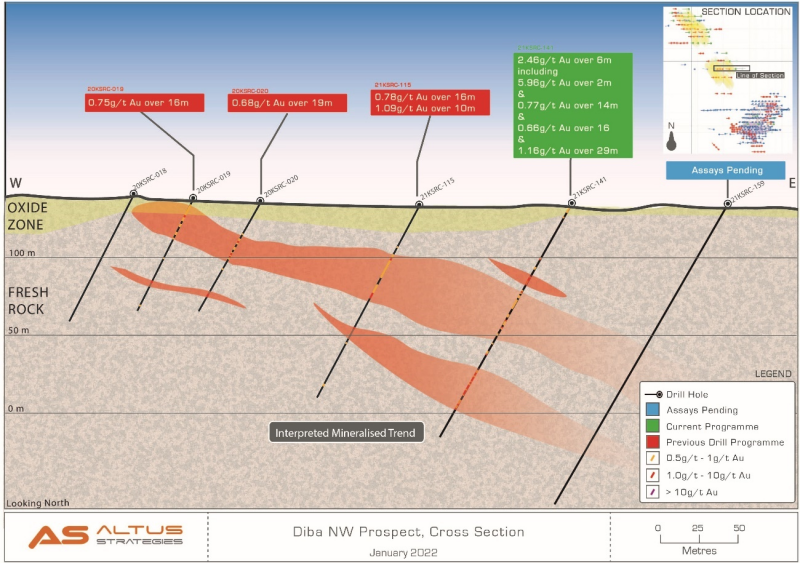 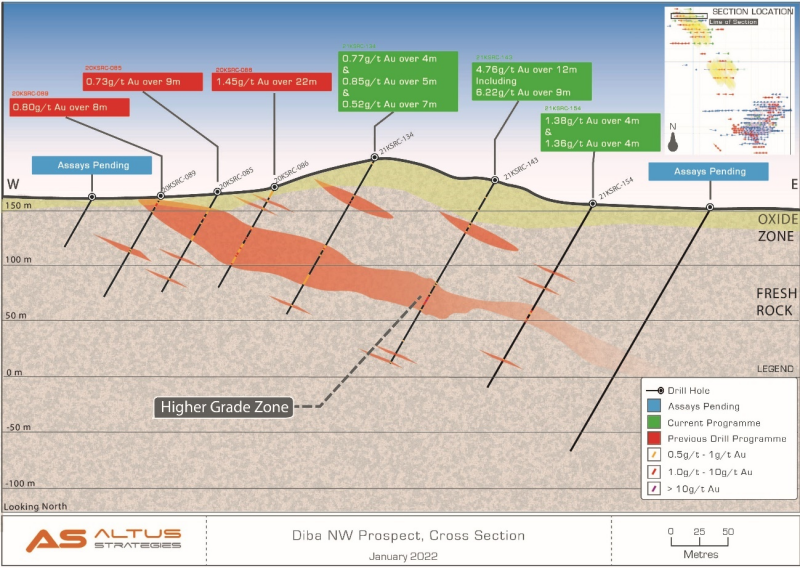 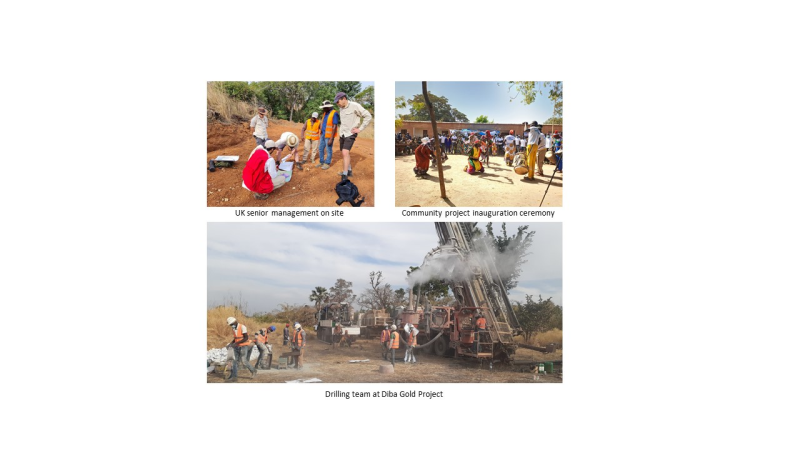 Figure 6: Selection of photos from the latest drilling programme 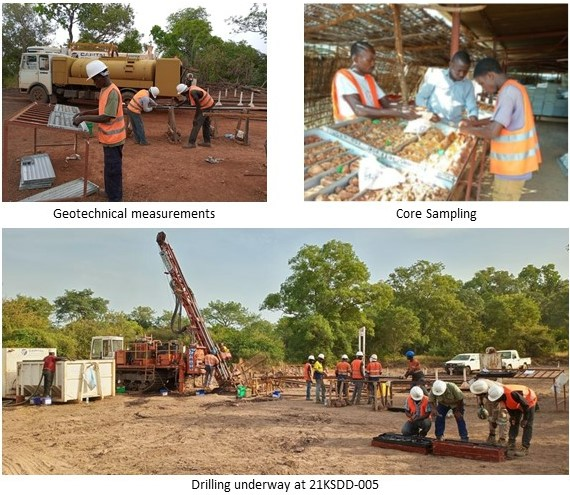 The Diba licence hosts a deposit for which an MRE of 217,000 ounces at 1.39 g/t Au (Indicated) and 187,000 ounces at 1.06 g/t Au (Inferred) in both oxide and fresh domains has been made, as set out in Table 2. The MRE was previously reported by the Company on 6 July 2020 (see Altus’ news release titled “Significant Gold Resource at Diba Project, Western Mali”). The Diba Deposit remains open down-dip.

The 81km2 Diba gold project (Korali Sud licence) and the 24km2 Lakanfla gold project are located 5km apart in the Kayes region of western Mali, approximately 450km northwest of the capital city of Bamako. Diba & Lakanfla is located adjacent to the multi-million ounce Sadiola gold mine licence and 35km south of the multi-million ounce Yatela former gold mine, both acquired by Allied Gold Corporation from the previous operators AngloGold Ashanti (JSE: ANG, NYSE: AU and ASX: AGG) and IAMGOLD Corporation (TSX: IMG and NYSE: IAG). Mineralisation hosted on these mines is not necessarily indicative of mineralisation hosted at Lakanfla.

Mineralisation at Diba is sediment-hosted within a series of stacked quartz lenses, typically between 20m and 40m thick. The lenses are shallow-dipping at approximately 30 degrees angled to the east/east-southeast. The Diba Deposit is considered to be controlled by a number of northwest and northeast orientated structures, with gold occurring as fine-grained disseminations in localised high-grade, calcite-quartz veinlets. Alteration at Diba is typically albite-hematite+/-pyrite, although pyrite content is generally very low (<1 %). The weathering profile at the Project is estimated to be up to 70m vertical depth, resulting in extensive oxidation from surface. The oxide gold mineralisation at the Diba Deposit is predominantly found in saprolite within 50m of surface and across a compact 700m x 700m area.

The Lakanfla project hosts a significant number of active and historic artisanal gold workings coincident with major geochemical and gravity anomalies. These workings surround the Kantela granodiorite intrusion and cover an area of approximately 900m x 500m. Significantly, there is evidence of ground collapse at surface, indicative of karst style voids at depth within carbonate rock units. The gold mineralisation at Lakanfla is hosted within breccia zones which cut the granodiorite and surrounding carbonate metasediments. Historic drilling has returned encouraging intersections including 9.78 g/t Au over 12m and 5.20 g/t Au over 16m (not true widths) as well as having intersected voids and unconsolidated sand from 165-171m depth. The Company has not verified the historic drilling data at the Lakanfla project.

All drilling samples are collected by the Company following industry best practices with an appropriate number and type of certified reference materials (standards), blanks and duplicates inserted to ensure an effective Quality Assurance Quality Control “QAQC” regime. RC samples are collected at 1m intervals with representative samples split at the site. Half core DD samples are collected at between 0.5m and 1.5m intervals based on lithological and mineralisation boundaries. Samples from the Project are sent for analysis at SGS SARL (Bamako, Mali) by fire assay technique FAE505. All standard, blanks and duplicates from results discussed in this release have been reviewed and no significant issues with the data have been identified.

The technical disclosure in this regulatory announcement has been approved by Steven Poulton, Chief Executive of Altus. A graduate of the University of Southampton in Geology (Hons), he also holds a Master's degree from the Camborne School of Mines (Exeter University) in Mining Geology. He is a Fellow of the Institute of Materials, Minerals and Mining and has over 20 years of experience in mineral exploration and is a Qualified Person under the AIM rules and NI 43-101.

Altus Strategies (AIM: ALS, TSX-V: ALTS & OTCQX: ALTUF) is a mining royalty company generating a diversified and precious metal focused portfolio of assets. The Company’s differentiated approach of generating royalties on its own discoveries in Africa and acquiring royalties globally through financings and acquisitions with third parties, has attracted key institutional investor backing. The Company engages constructively with all stakeholders, working diligently to minimise its environmental impact and to promote positive economic and social outcomes in the communities where it operates. For further information, please visit www.altus-strategies.com.

Certain information included in this announcement, including information relating to future financial or operating performance and other statements that express the expectations of the Directors or estimates of future performance constitute "forward-looking statements". These statements address future events and conditions and, as such, involve known and unknown risks, uncertainties and other factors which may cause the actual results, performance or achievements to be materially different from any future results, performance or achievements expressed or implied by the statements. Such factors include, without limitation, the completion of planned expenditures, the ability to complete exploration programmes on schedule and the success of exploration programmes. Readers are cautioned not to place undue reliance on the forward-looking information, which speak only as of the date of this announcement and the forward-looking statements contained in this announcement are expressly qualified in their entirety by this cautionary statement.

Where the Company expresses or implies an expectation or belief as to future events or results, such expectation or belief is based on assumptions made in good faith and believed to have a reasonable basis. The forward-looking statements contained in this announcement are made as at the date hereof and the Company assumes no obligation to publicly update or revise any forward-looking information or any forward-looking statements contained in any other announcements whether as a result of new information, future events or otherwise, except as required under applicable law or regulations.

Neither the TSX Venture Exchange nor the Investment Industry Regulatory Organisation of Canada accepts responsibility for the adequacy or accuracy of this release.

This announcement contains inside information for the purposes of Article 7 of the Market Abuse Regulation (EU) 596/2014 as it forms part of UK domestic law by virtue of the European Union (Withdrawal) Act 2018 ("MAR"), and is disclosed in accordance with the Company's obligations under Article 17 of MAR.

“Qualified Person” means a person that has the education, skills and professional credentials to qualify as a qualified person under NI 43-101