To date, approximately three quarters of all equipment and material for the project is now committed.  Jervois has committed more than US$36.0 million of the Board approved capital budget of US$92.6 million towards equipment, materials and labour costs both onsite and for detailed engineering.

Jervois has ordered all long lead items for the process plant, which are expected to begin arriving onsite from December.  Mining camp units are anticipated to arrive late December upon receipt of necessary permits, with kitchen and supporting units expected to arrive on site in February 2022.  The delay in camp commissioning will decrease productivity through the winter in order to ensure workforce safety.

Together with EPCM M3 Engineering, the project team led on site by ICO Project Director Mike Romaniuk is undertaking a detailed review of the construction schedule.  The date of  commissioning in the second half of 2022 is expected to be increasingly influenced by weather conditions of the current winter construction season.

This updated project schedule will then underpin completion of a cost to complete test by Independent Engineer RPM Global, whom is engaged under the terms of the previously announced US$100 million Senior Secured Bond, ahead of the first US$50 million drawdown.

More than US$100 million has been invested at ICO to date.  As part of the current construction cycle at site, Jervois has advanced construction of key infrastructure items including (see Appendix A):

Operational readiness activities are also advancing.  ICO has completed recruiting for key management positions at the operations level including finance manager, mill manager and mine manager in advance of full operations commencing in 2022.

A future domestic source of cobalt for the United States

ICO is a key asset in delivering Jervois’ strategy to become a leading independent cobalt and nickel company providing metals and minerals for the world’s energy transition through a western supply chain.  When commissioned, ICO will be the United States only domestic mine supply of cobalt.

Cobalt is a critical mineral for the United States and is used in applications across industry, defense, energy and electric vehicles.  Jervois notes the United States’ increased focus on the importance of developing a secure supply chain for critical materials, particularly cobalt.  Jervois notes coverage in the New York Times article on November 21, 2021, that highlighted risks associated with the current geographical concentration of cobalt mining and processing.  Jervois is focused advancing ICO into commercial operation, and together with its refining and advanced manufacturing businesses elsewhere in the Americas and Europe, the Company believes it can play a leading role in offering stable, secure supply of critical products to customers in the United States, Europe and Japan that underpin the energy transition to a decarbonized economy in coming decades.

On behalf of Jervois

This news release may contain certain “Forward-Looking Statements” within the meaning of the United States Private Securities Litigation Reform Act of 1995 and applicable Canadian securities laws. When used in this news release, the words “anticipate”, “believe”, “estimate”, “expect”, “target, “plan”, “forecast”, “may”, “schedule”, “expected” and other similar words or expressions identify forward-looking statements or information. These forward-looking statements or information may relate to the timing construction activities at ICO, the timing of productions at ICO and certain other factors or information. Such statements represent Jervois’ current views with respect to future events and are necessarily based upon a number of assumptions and estimates that, while considered reasonable by Jervois, are inherently subject to significant business, economic, competitive, political and social risks, contingencies and uncertainties. Many factors, both known and unknown, could cause results, performance or achievements to be materially different from the results, performance or achievements that are or may be expressed or implied by such forward-looking statements. Jervois does not intend, and does not assume any obligation, to update these forward-looking statements or information to reflect changes in assumptions or changes in circumstances or any other events affections such statements and information other than as required by applicable laws, rules and regulations. 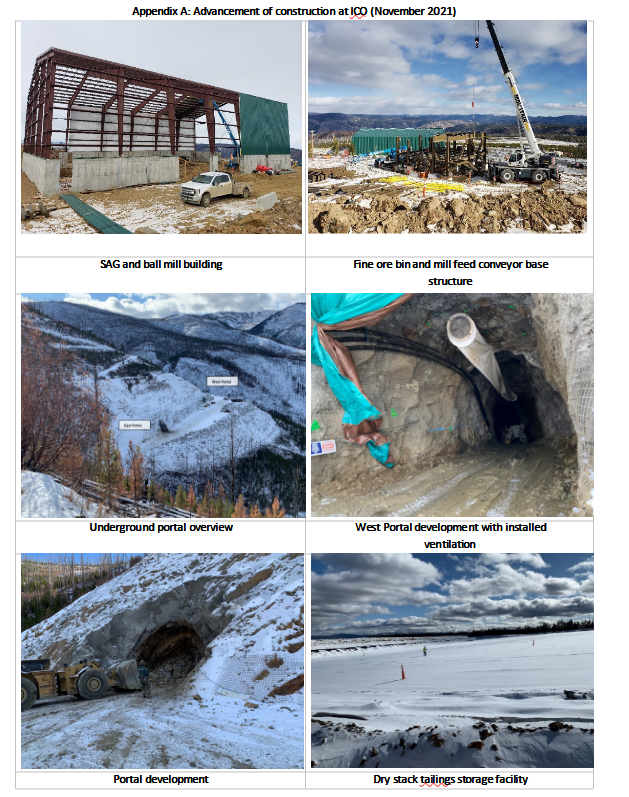