VANCOUVER, B.C. - TheNewswire - September 9, 2019 - Exro Technologies Inc. (CNSX:XRO.CN) (OTC:EXROF) (the "Company" or "Exro") is pleased to announce it has signed its first Licensing Agreement with Motorino Electric, marking a major advancement in electric motor performance coming to market. Motorino is a pioneer in the Canadian electric transportation industry starting over 17 years ago with its first product launch, and now having dozens of products across the electric bicycle, electric scooter and electric motorcycle categories. 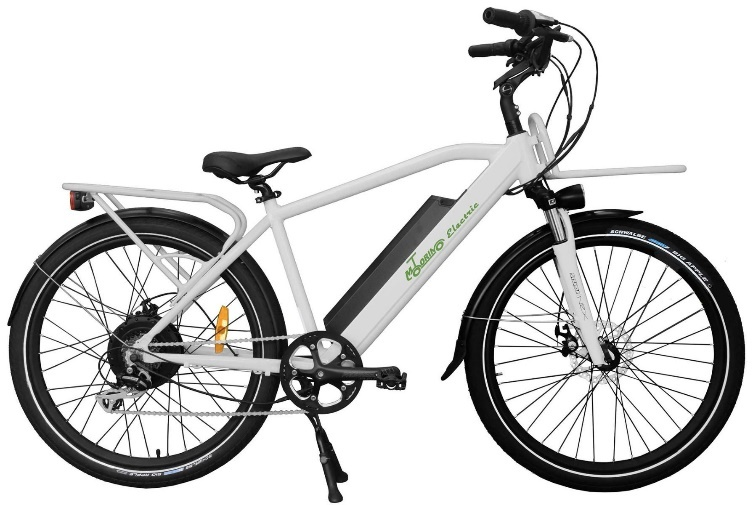 Exro Technologies will integrate it's ETR (Electronic Transmission Replacement) technology into Motorino's - CTi electric bicycle. This breakthrough technology will result in a significant increase in energy performance. Once ETR is fully integrated into a commercial market application, it will enable Motorino to provide data to Exro engineers for further product optimization. This agreement launches the ETR commercialization process, achieves a major milestone for Exro, while offering a unique, cutting-edge electric bicycle to the Motorino product portfolio.

Motorino Founder and President Steve Miloshev said: "What attracted us to Exro is the opportunity to showcase an industry-leading technology. We strive to be at the forefront of innovation and working with Exro is the perfect opportunity for us to do exactly that. During the past decade-and-a-half, Motorino has implemented many technological innovations in our products, from lithium-ion batteries and FOC controllers, to Axial flux electric motors with their potential to be used in high torque and high-speed electric vehicles. Exro's ETR is another step in innovation as we integrate their technology into our products - starting with e-bikes but then looking forward to other electric transportation products."

Current electric motors provide either high torque or high speed but with the introduction of ETR, the Motorino CTi will have the unique capability of both high torque and high speed. With the success of this initial product launch, the two companies intend to expand the ETR integration into a wide variety of Motorino products. Motorino will also make introductions to their motor suppliers so Exro can further its market penetration while moving upstream to large motor manufactures.

"The Electronic Transmission Replacement product development has been in the works for over 3 years with our Exro engineering design team, and we needed the right partner to bring it to market", said Exro CEO Sue Ozdemir. "With Motorino's nimble production capabilities, we're able to integrate the ETR technology into Motorino's CTi ebike in Q4 of this year, which is very exciting for all of us at Exro. Our technology will increase the performance of electric motors, which will have substantial environmental benefits at scale."

Exro facilitates the transition to clean energy by providing products and services to manufacturers to increase the efficiency and reliability of power systems, including electric motors, generators and batteries. Exro's patented technology enhances energy systems by dynamically sensing and adapting variable inputs and optimally matching them to desired outputs, creating measurable performance gains and extended lifespan. The widespread applications of the technology apply to optimizing the performance of electric vehicles, UAVs, and ship drives, as well as pumps, industrial motors, and energy capture from wind and tides.

Motorino Electric Scooters, Electric Motorcycles and Electric Bicycles is a brand that is continuously evolving, and we have been updating our light electric cycles with the latest technologies since 2003. Since our inception we have successfully entered into market niches for electric urban transportation with our high-quality electric bikes, stylish "Vespa" type electric scooters and electric motorcycles with our superior design and performance. Thousands of our electric cycles can be seen on Canadian streets with their prominent Motorino license plates. For the future, Motorino's strong engineering background and our innovative approach will be the foundation for entering emerging electrical vehicle market categories.

NEITHER THE CANADIAN SECURITIES EXCHANGE NOR ITS REGULATION SERVICES PROVIDER ACCEPTS RESPONSIBILITY FOR THE ADEQUACY OR ACCURACY OF THIS NEWS RELEASE.